The aroma is very similar, although with a sharp spicy pineapple effect that turns slightly pungent as the sticky little nugs are broken apart and burned. The high comes roaring in a few minutes after your final toke, first hitting your head with a calming lift before spreading its tingly tendrils throughout the rest of your body. Runtz weed strain for sale…

As the Runtz high expands, you’ll begin to feel a deeply calming effect spread through your limbs, leaving you totally sedated and couch-locked, immovable for hours and hours on end before you finally fall into a deep and peaceful sleep.

Thanks to these effects and its super high 19-29% average THC level, it is often said to be perfect for treating conditions such as insomnia, chronic pain, appetite loss or nausea and chronic stress or anxiety. This bud has dense grape-shaped olive green nugs with thin orange hairs, dark purple undertones and a coating of frosty tiny white.

The RUNTZ cannabis plant came from Central Asia millennia ago. Even back then, it was widely appreciated, but the strenuous efforts of growers in recent years have managed to transform the weed. The effects of the cannabis that we can order today off the internet are much more potent than in the past. It’s not about the effects only. Not that long ago, two of the well-known cannabis strains – Zkittlez and Gelato were mixed. As a result, we now have access to the strain named Runtz, which is a mix of indica and sativa. In a second, you’ll learn whether the Runtz weed strain is more energetic or sedative and what its phenotypes are.

Although pot users might be under the impression that the time is moving extremely slowly, the world of cannabis is changing pretty quickly. Zkittlez, which is a 60% indica, with its sweet and fruity aroma, was named the best indica at the High Times Cannabis Cup in Michigan in 2015. Gelato, which is another strain that is popular on the West Coast, is estimated to be 55% indica and 45% sativa. Okay, so what do you get when you mix tropical fruits and ice cream? The answer is: Runtz. This extremely popular cannabis strain combines the best of the two worlds. Because of that, the sweet aroma of Runtz coupled with its exquisite flavor and colorful buds caused this strain to gain immense popularity quickly. Although Runtz is usually a pretty even mix of sativa and indica, you might encounter its various phenotypes that might be either sativa or indica dominant.

The effects of Runtz Weed Strain 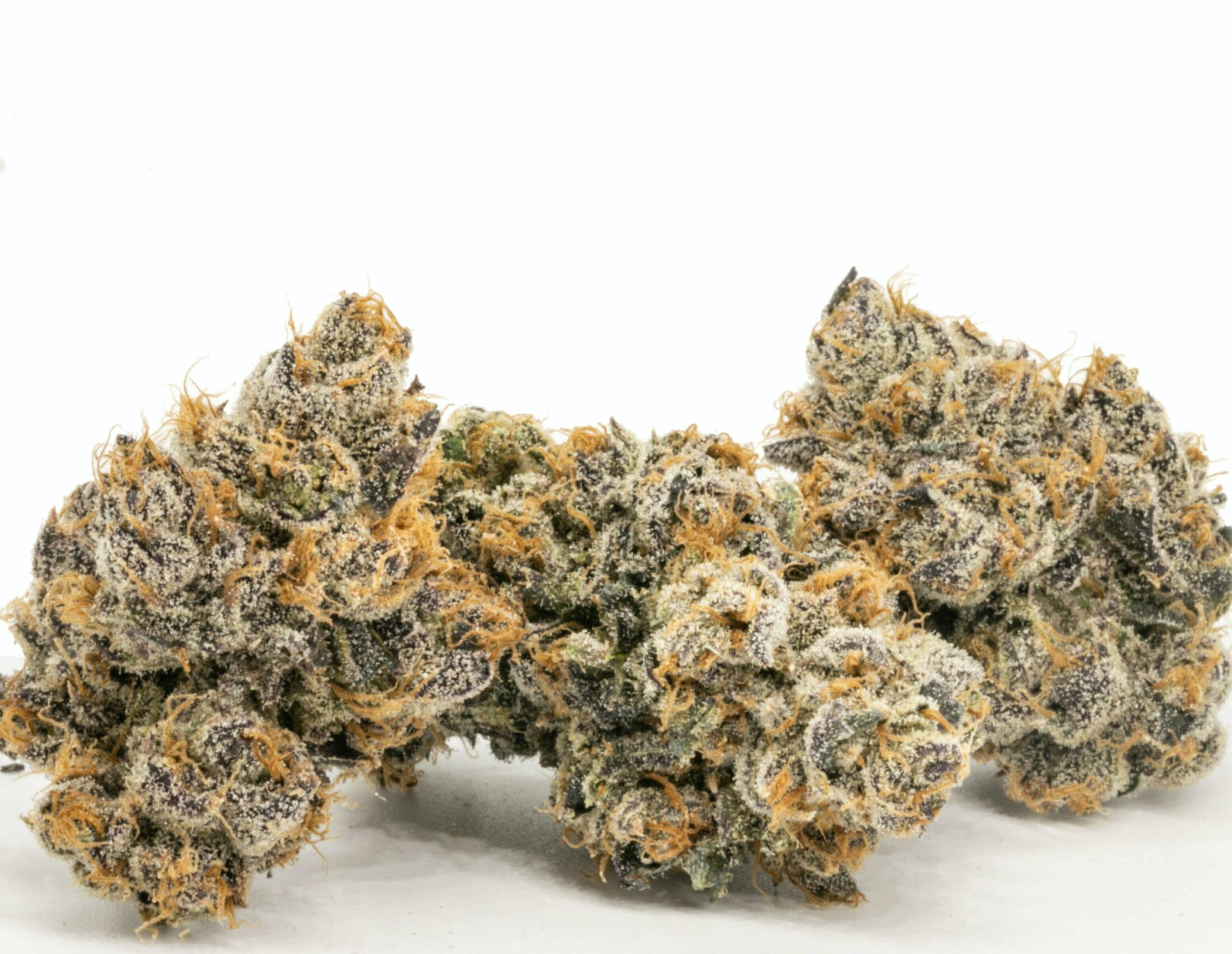 As we have stated before, you can buy different versions of Runtz weed, making it difficult to tell exactly what effects you should expect. Still, most customers who have tried Runtz claim that it provides a euphoric high, that stimulates the mind and is excellent for creativity, and after some time relaxation washes over the entire body and being overly active becomes impossible. The intensity of the experience might be varied, as Runtz strains range from 19% to 29% THC. Don’t let the sweet aroma and the fruity flavor fool you! If you happen to find a strain that is on the higher end of the spectrum, you might be launched into Outer Space even if you are a frequent user of cannabis. That’s why it might be a better idea to start slowly. Because of the almost even mix of indica and sativa, Runtz strain can be used for a variety of purposes:

Initially, after the first few hits, you might feel a rush of energy, though it’s better not to leave your home, and stick to activities within the confines of your home. After a more energetic period, you will notice that no longer are you filled with the energy. On the contrary, you will feel strong relaxation in your muscles, and leaving your couch or bed won’t be as easy as it was previously. It is advised that you bring something tasty from the fridge while you still have energy, or you might have to face a difficult dilemma later on. If you have problems with falling asleep at night, you could smoke some of this strain, and after several hours you’ll feel intense sleepiness. After you lay down in bed, you’ll rest uninterrupted for a long period of time.

The phenotypes of the Runtz Weed strain

As we have mentioned before, there are multiple phenotypes of Runts that generally have similar effects, though there are some small differences as well. Below you will find descriptions of White and Pink Runtz. 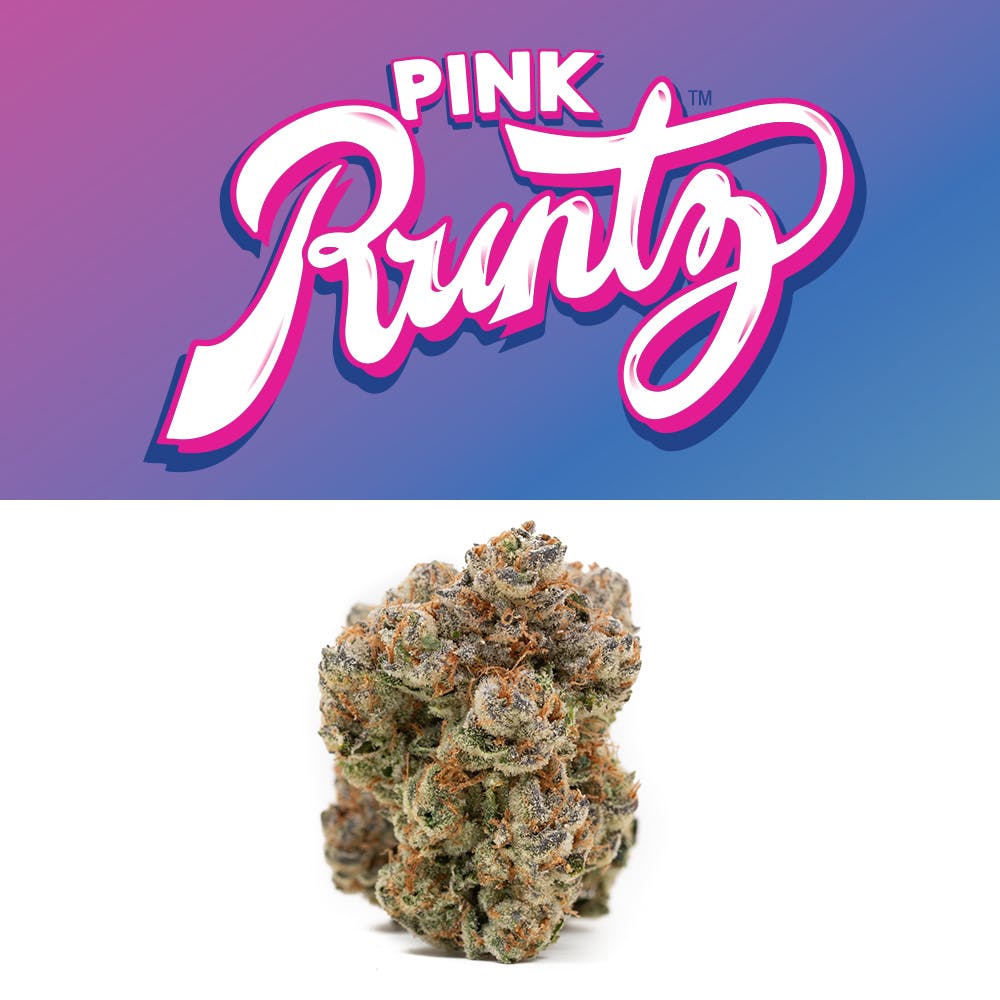 As is the case with all things in the world of cannabis, there are many conflicting opinions about the origins of Pink Runtz weed Strain . According to some, Pink Runtz is just a phenotype of the regular Runtz, though other cannabis experts claim that it is a result of mixing Pink Panties with Rainbow Sherbert. Although we cannot be sure what is true, there are no such doubts when it comes to the effects of Pink Runtz. Those are very similar to those of the regular Runtz strain – after the initial euphoria and rush of energy, your body becomes progressively heavier until any type of movement is extremely difficult. This strain of weed is extremely colorful, has a fruity and candy-like aroma, and most users claim that it has even more relaxing properties than the original Runtz. The content of THC is also most likely a bit lower, and you shouldn’t experience any anxiety or paranoia. We recommend using this strain primarily in the evenings. 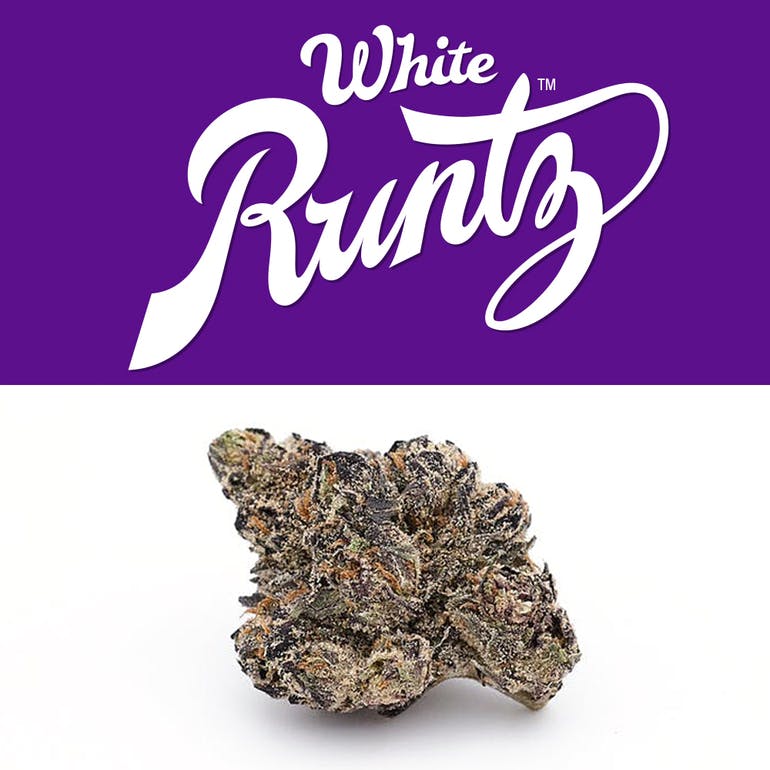 When it comes to another strain of Runtz called White Runtz, its origins are similarly unclear. It might be another phenotype of Runtz, as it has a comparable amount of THC, though others claim that it is a product of collaboration between Runtz and Cookies. The buds of this strain are usually purple and green. White Runtz is an indica dominant strain, which means that although at first, you might want to move around, leaving your home is not the best idea. Currently, it is one of the most popular cannabis strains in California, which is why it is not uncommon to find weed labeled as White Runtz with none of its characteristics.

The potential adverse effects of Runtz are typical for weed, which means that if you are an experienced smoker, you won’t be surprised. Your mouth will become dry, and the same will happen to your eyes. At the same time, Runtz strain can have up to 29% THC. If you are lucky (or unlucky, depending on your attitude), the high might be too intense. It won’t be in any way dangerous for your health, but it is difficult not to feel a tiny bit of paranoia and anxiety while floating in outer space. If you would like to avoid such intense experiences, take it slowly.

Before you use cannabis to deal with some of your health problems, you should contact a doctor, even if recreational marijuana is completely legal in your state. There are hundreds of different compounds in weed, which means that if you are already taking some medications for your medical conditions, two or more substances could mix and produce a severe reaction. The internet is an excellent source of information, but when it comes to your health, it’s best to contact a medical expert directly.

Runtz strain is easy to grow both indoors and outdoors, even for people without a lot of experience. The plant develops vertically, and when growing it outdoors, you can expect a yield of about 600g per plant, while indoors the yield is going to be around 450g per plant. The flowering time of Runtz strain is from 8 to 9 weeks. If you decide to grow this strain of weed on your own, remember that although it might look innocently, with its aroma of fruits and candy, Runtz can make you incredibly high. If you don’t know how potent the weed is, it’s better to take baby steps, or baby hits, unless you want to feel the full power of THC.

So which Runtz strain is for you?